This is the microblog of Soren Bjornstad. When I publish something interesting on the web, want to share someone else's interesting thing, or just have a thought that doesn't feel like it should stay confined to my head, it makes its way here. You might also be interested in Random Thoughts, which has similar content but a different audience (the audience is me, and I publish it in case it's useful to someone), my Zettelkasten, and my formal blog, Control-Alt-Backspace.

The Microsoft engineers are watching this and think it's pretty brilliant, so as usual they decide to copy it on the way back. But this time the Apple engineers don't buy any tickets at all.

“How are three people going to travel without a ticket?” the Microsoft engineers ask.

Back from a week alone at an off-grid cabin in northern Minnesota (no electricity or running water, but with gaslights, a wood stove, and a hand pump in the kitchen drawing mostly palatable water, the only thing I missed was a hot shower on the cold days). Passed the time hiking, boating, thinking, and reading by the fire. Aside from relaxing and enjoying the outdoors, I find that in today's world, I can't disconnect enough during my daily life to get all the reflecting I need done, so it's important to wander off out of reach of my notifications and daily life and do that. More thoughts on boredom-conducive contexts in my Zettelkasten.

I wish I could tell a funny story here, but almost nothing unexpected happened, good or bad. That means the trip served its purpose, I suppose.

Here's me in my boat, Awkward Annie, on the lake: 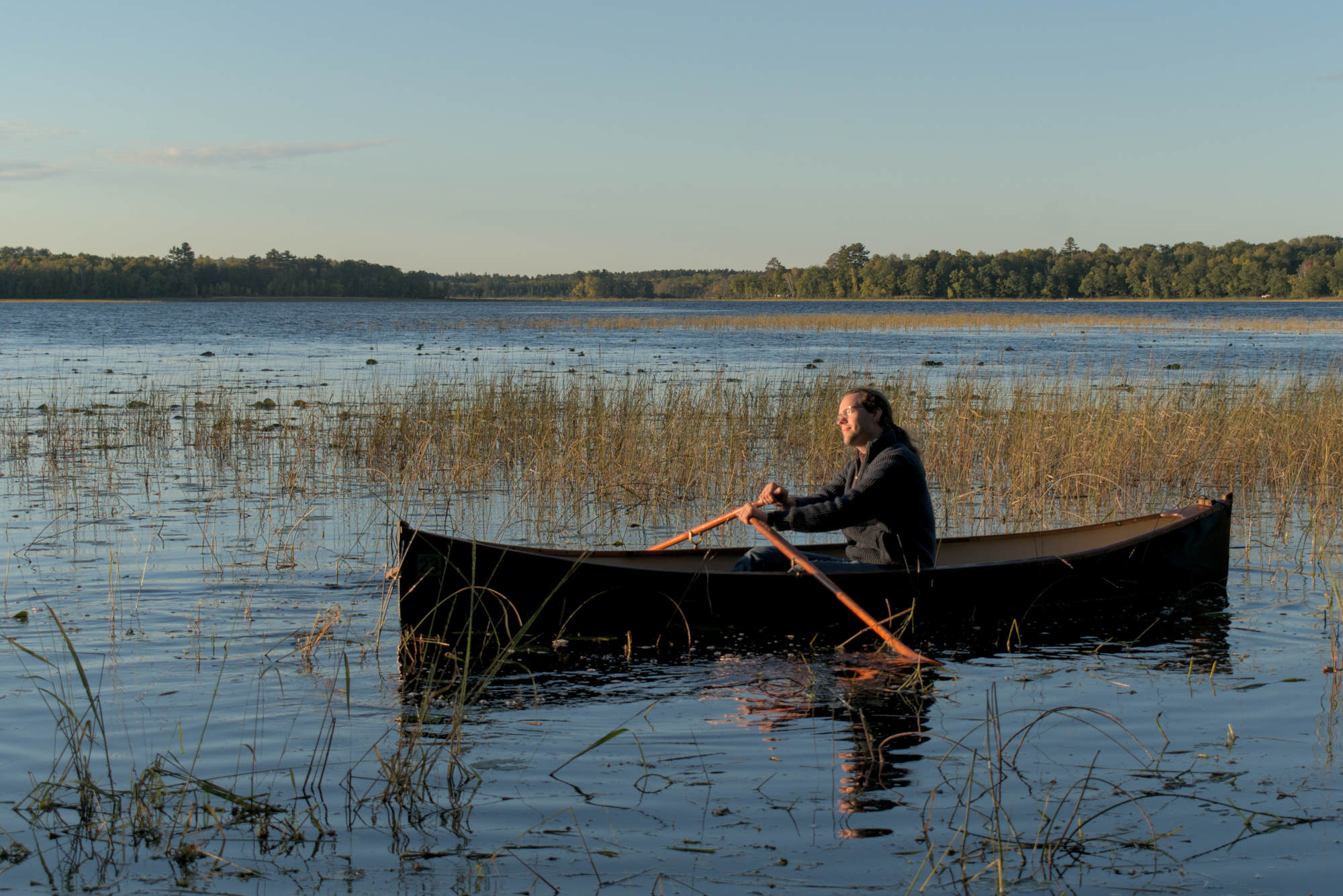 Those two women will never agree. They are arguing from different premises.

Figures expressed in percentages are ubiquitous, and interpreting and doing calculations with them is an important part of the basic mathematical literacy useful in everyday life. Yet few points of arithmetic are as confusing and full of traps for the unwary as percentages. I recently got fed up with being unable to think clearly about percentages myself, so I figured I’d write this article to force myself to understand them completely. Hopefully it will help you, too!

Postscript and counterpoint to my contraceptives article (see #2): as this article highlights, the primary cause of “condom failure” is not using one. To be clear, this doesn't contradict anything I said in my article; I was then and am now in favor of using condoms, ceteris paribus, and the 98% perfect-use effectiveness rate this article crows about is not so great once you multiply it out over many years (which is the focus of my article). I think most people who regularly have sex that could result in someone getting pregnant should use something more effective instead of or in addition to condoms, if practical. Nevertheless, this article epitomizes a broadly important point, that, in this realm as in the rest of life, most people leave shockingly easy gains on the table; simply, you know, using the condoms at all will reduce your chances of unintended pregnancy well past those of an average person.

#11
Seeking Recommendations Words
Topic: A word or phrase for this maladaptive pattern of motivation

I'm searching for a concise way to describe a pattern I've started noticing, in which someone wants to achieve a particular goal A, or likes a particular process or activity in total, but is incapable of, scared of, or strongly dislikes a necessary component or step of that goal/process/activity A′, creating an infuriating tension and an obstacle to progress.

This could conceivably be phrased as an emotional condition of the person, or as an attribute of step A′: Alice, Bob, and Carol are experiencing ________ —or— The draft is a ________ for Alice's enjoyment of fantasy football.

This concept is distinct from laziness in that the reason is much more deep-seated than not wanting to put in work; it's not that the task requires more effort or time than one wants to expend, it's that it's somehow distasteful. It's closer to akrasia, in which one acts against one's better judgment or will, but different in that there are two distinct components to the mystery concept; in akrasia one knows one should do A and doesn't want to do it, while here one knows one should do A and actively wants to do it, perhaps desperately, but doesn't want to do A′, which is a necessary component or dependency of A.

Is there an existing term or concept representing this idea or something close to it? Or can you think of a clever way to describe it?

I occasionally offer awards to internet strangers who send me recommendations I love. If I am so moved, your choice of:

I'm fascinated by fiction about or involving telepathy or sharing of consciousness between characters, especially when used creatively or to enjoy/strengthen a relationship with someone. Looking for leads on more stories fitting this description!

Doesn't have to be exclusively humans, can also involve supernatural beings, aliens, alters, computers, or something weirder I haven't imagined yet; but the motivations of at least one participant should ideally be recognizable as human-ish. I'm hoping for a significant part of the story to involve the personal experience and/or interpersonal or sociological consequences of such capabilities/contacts. Stories merely including the trope in some corner are probably not what I'm looking for.

(Not sure about Ender's Game. I've only read the first novel, which hints at interesting ideas but doesn't yield up much on the personal experience or interpersonal/sociological consequences; the consequences for the plot of the Buggers'/Formics' collective consciousness are also entirely predictable. Is there enough in later books to be worth reading with this theme in mind? If so, which ones?)

Dave
Heinlein's "juvenile" SF novel _Time for the Stars_ is very much centered around telepathy between twins. The story takes a rather, uh, surprising turn by the end - also driven by telepathy...and Heinlein's proclivities.

The indy comic book series _Elfquest_ features telepathy ("sending") between specific elven characters and their animal companions. The series may seem dated, but I re-read it pretty recently I think the story has held up extremely well.

The Pinis have also made Elfquest free to read online: https://elfquest.com/read/digitalEQ.html

I occasionally offer awards to internet strangers who send me recommendations I love. If I am so moved, your choice of:

Gratitude and brownie points awarded in all circumstances!
#9
Quote Statistics

There is no secret math. The biggest mistake people make with statistics is to distrust their intuition. In reality, once you do all the math, the things that seemed like they’d be problems are in fact problems. If anything, the math just turns up more things to worry about.

Control-Alt-Backspace post announcing the creation of this microblog, as well as a move to short URLs on CAB.

Pro tip: don't start a date by insulting the other person's interests (this may also end the date). Also, I've spent a grand total of ten hours in New York, most of them asleep, and I was able to pinpoint 35th Street and 8th Avenue on Google Maps in fifteen seconds.

As explained in the popular consciousness by Nassim Nicholas Taleb, some things are more or less evenly distributed and you can think about them in averages, while other things are very unevenly distributed, to the point where only the outliers matter. Kuhn usefully terms these “light-tailed” and “heavy-tailed” distributions and points out that many if not most of the important distributions in an individual’s life are heavy-tailed (jobs, romantic relationships, business ideas, leisure activities, etc.). Then he explores strategies for improving your chances of obtaining a good outcome from heavy-tailed distributions in your life.

One way I often like to think about behavioral questions is this: if everyone followed in these footsteps, would it make the whole organization (or community) overall better or worse?

I find it is often helpful to watch experts do things, whether they explain their thought process or not. In this video, I make some spaced-repetition flashcards in RemNote and explain why I'm making the choices I'm making.

Has someone tried unplugging the United States and plugging it back in?

Most people don't have an intuitive understanding of how small risks add up over time. When sex, bad statistics, and bad public-health messaging are thrown into the mix, people end up making bad decisions. In this article, spreadsheet simulator, and demo video, we explore the chances of unintended pregnancy over a person's lifetime – which are almost certainly higher than you think if you're never looked into it – and what you can do to reduce them. (I got interested in this topic on a whim after reading a history of AIDS had me thinking constantly about sexual health messaging for about a solid week.)

Since I quit regularly using most social media, I haven't missed the ads or political screaming one bit, but I have found I miss being able to easily share random interesting things with the world. I'm hoping to resolve this and recapture a bit of the energy of Web 1.0 by posting on a simple website instead; perhaps a few people will still be interested enough to follow a website or RSS feed (remember those? I still use them!). This weekend, I wrote a tiny, likable tool called attopublish to manage the posts, and I'll tweak it as needed. attopublish will also be available as an open-source tool sooner or later for anyone who's interested.